Today we will enter the canals of Amsterdam and the Netherlands.

Water in the Netherlands

The history of the Netherlands is a history of fighting against water. With a very flat orography and part of its territory located below sea level, the availability of dry and arable land is limited. In addition, they have to protect themselves from the entry of seawater caused by tides and storms, but at the same time, they must drain the rainwater that falls on their territory. A task that requires many years of experience and good infrastructure.

In total, it is almost 7,500 km2 of land that the Netherlands has managed to seize from the sea. If its infrastructures, today the country would be a quarter smaller. 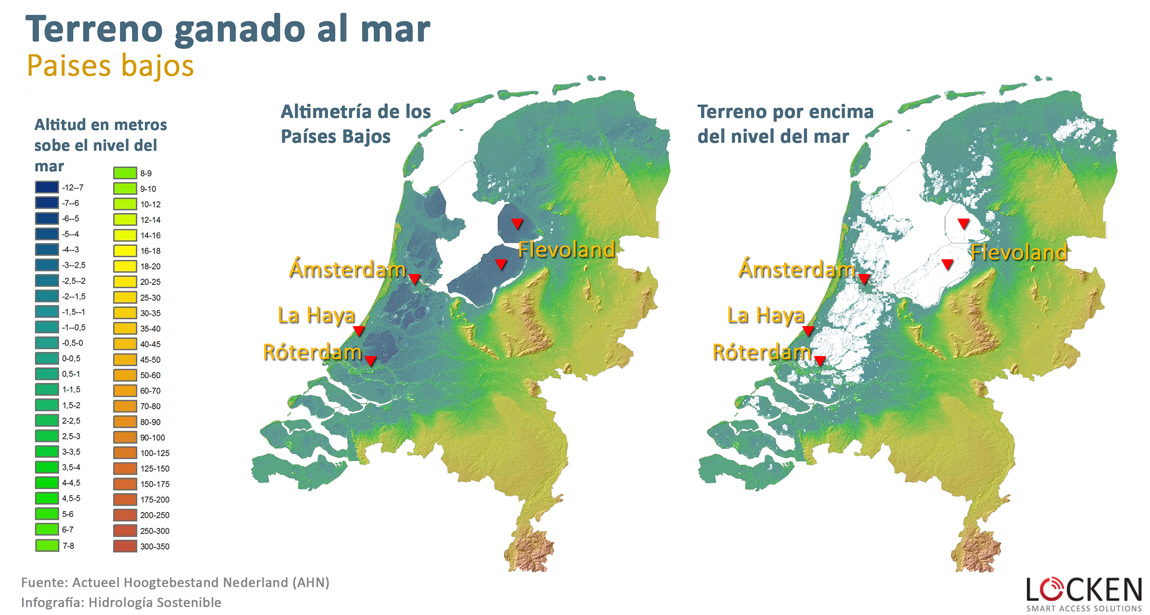 Their main weapon to obtain dry land has been the polder. With this system, an area of land is surrounded with a perimeter dike, channels are created in the form of a grid, and by means of windmills before, and electric pumps now, the water is pumped out, reducing the level inside.

Thus, it has been possible to turn a practically uninhabitable land into one of the most prosperous countries on the planet. An example of how the will of man can overcome a hostile and defiant nature.

Flevoland, a province out of the sea

On January 1, 1986, the new province of Flevoland, the world's largest drainage project, was included. The people here literally live at the bottom of the ancient Zuiderzee Sea. Today there are natural areas here, farmland and cities like Almere and Lelystad. 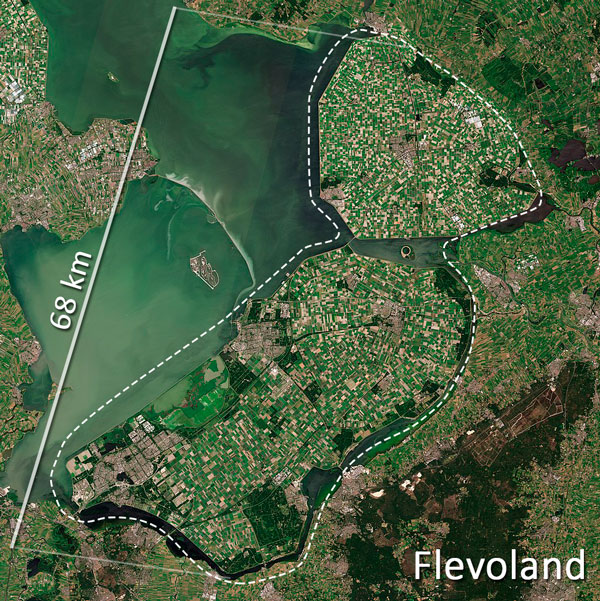 Flevoland is also the largest ship graveyard in the world. You can see where the more than 450 shipwrecks were found in Flevoland in the polder landscape thanks to the three-meter blue and white posts with a red boat on top.

The 1953 tragedy and the Delta Plan

On the night of January 31 to February 1, 1953, the mixture between a powerful northeast storm, with hurricane force winds, and a spring tide, surpassed and broke the 89 containment dikes, causing serious flooding. 1,850 people died and 72,000 had to be evacuated.

200,000 head of cattle died and 200,000 hectares were flooded with salty water, rendering farmland useless for a long period. 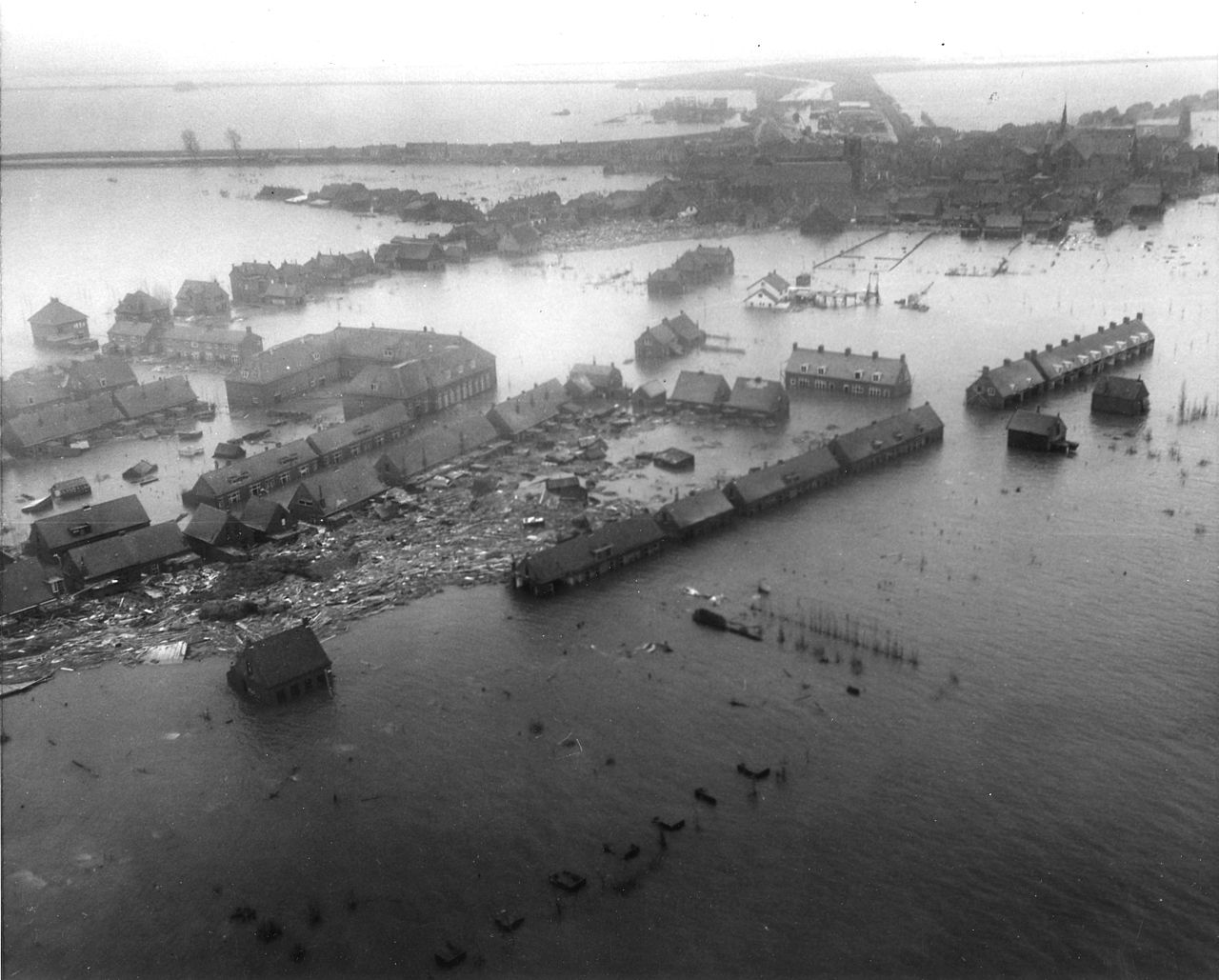 Following the tragedy, the Netherlands began the development of the Delta Plan, made up of 13 levees, and it is the largest storm barrier in the world. This impressive project, sometimes also called one of the seven wonders of the world, demonstrates the relationship of the Dutch with water. 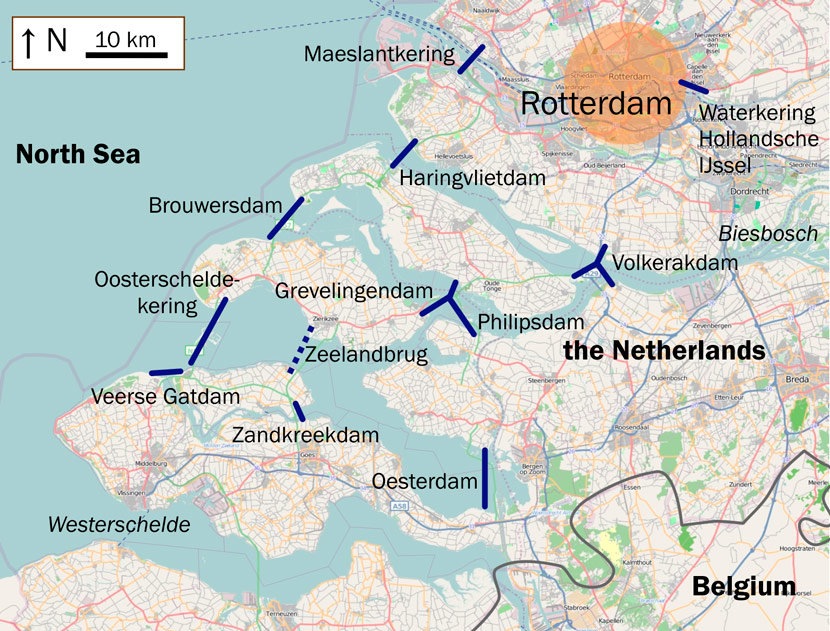 Dams are not fixed barriers, but rather have locks, as if it were a dam. One of the best known and most spectacular examples is the Oosterscheldekering, a unique 8-kilometer-long dike with 62 huge sliding gates, which in 75 minutes can close the Oosterschelde estuary. 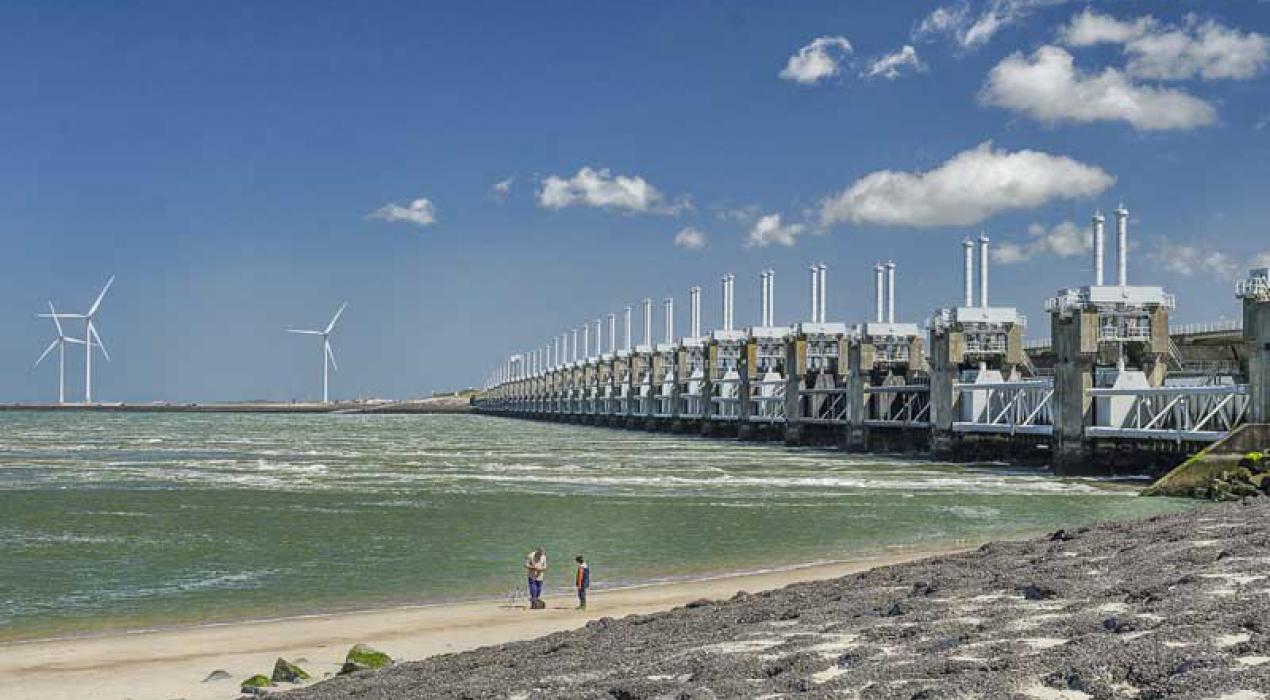 The gates are usually open when the weather is good, thus preserving the salinity of the water and with it the marine nature. This has allowed that today it is possible to continue cultivating oysters and catching lobsters in this area.

Another of the most famous barriers is the one that closes the port of Rotterdam in the event of a storm and protects the city from floods; the Maeslant barrier.

This impressive mobile barrier closes a 600-meter pass and takes about two hours to close. It is estimated that each day that it is closed, the port of Rotterdam loses 10 million euros, so it is only closed in times of real need.

The name of Amsterdam comes from the origin that the city had: a dam (dam in Dutch) at the mouth of the Amstel river. Around this dam, what is today one of the most iconic cities in Europe evolved and grew.

Amsterdam's canal district celebrated its 400th anniversary in 2013. The construction of this new port city was one of the largest urban expansion in Amsterdam and was carried out in two phases. The first began in 1613 and the second from 1660, a time when the city was living its golden age. 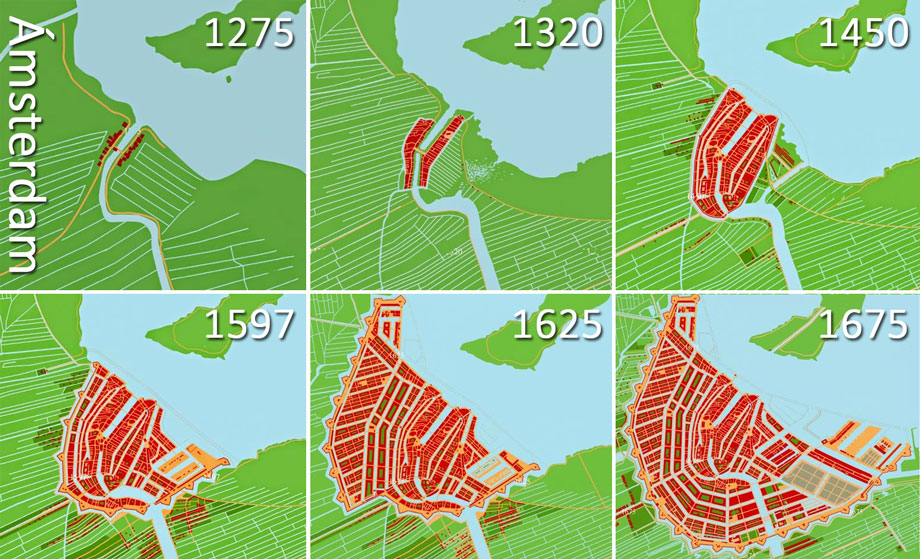 Amsterdam is often called the 'Venice of the North', but the differences between these two cities are abysmal. It must be taken into account that the canals here, in addition to being used to transport goods, were built to drain and obtain dry land in which to extend the city. 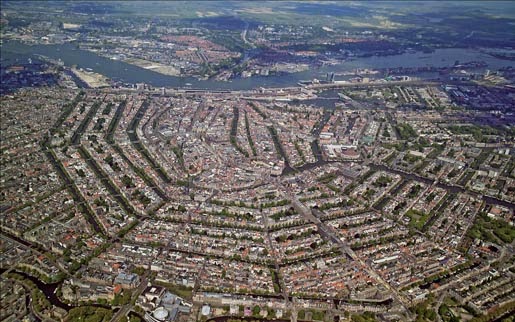 If you are interested in the history of the birth and evolution of the city of Amsterdam, don't miss this Urban Network article.

To the usual tasks of water management in any city: getting quality drinking water to users, and managing and treating wastewater (in short), in Amsterdam, you also have to manage the canal network. They control the groundwater level at all times, keep the canals clean, and maintain and operate many bridges and locks in the city.

And this is not an easy task as we can imagine. With part of the city below sea level (so the water wants to enter) and rainfall of 805 mm per year on average (water that resists leaving), infrastructure is more important than ever.

Specialist in Social Networks of the Higher Organization of Business Management Water and Sanitation. Writer in spare time and computer engineer, from time to time.

National
16 Feb 2021
Solution of the leak in Conductor No. 2 of the Banes municipality

National
15 Feb 2021
Two actions carried out 145 proposals in Cienfuegos
Our Rules
This site reserves the right to publish comments. Those that are denigrating, offensive, defamatory, that are out of context or violate the dignity of a person or social group will not be made visible.

National
16 Feb 2021
Solution of the leak in Conductor No. 2 of the Banes municipality